The Trick to Teasing a Noble Family s Son CH 8.2

He was a little surprised by the delicate shoulder of the man beneath his hand.

He couldn’t help but think that both Wei siblings’ gender really couldn’t be distinguished, the younger sister is tough like a man, while the older brother is skinny like a lady.

However these miscellaneous matters were of little importance, so he immediately put them behind him and comforted Wei Lan,” You and I are brothers, how can I bear to see you so miserable.”

“My relationship with Xie Si,” Xie Jie was aware that the other person was playing dumb, so he made it clear: “It’s not so much a brother as it is an opponent.

I am from the third branch, and he is from the second.

Between me and him, to say a bit more, I am the master and he the servant.

But occasionally he will come out to grab some of the master’s things.”

Xie Jie, who was already drunk, was now trying to maintain his sobriety, but his guard was down, and he then said, “For example, this time, the palace is going to select a companion for the crown prince and the third prince, does Ah Lan know about that”

Xie Jie sighed, picked up the wine glass, and said, “It’s frustrating, to say the least.

Between me and Xie Si, we can only choose one to go.”

“You’re the Di son, and he’s a Shu.” If you have to choose between the two, it will undoubtedly be you and not him.

Ah Jie has nothing to worry about.”

Wei Lan continued to pour wine for Xie Jie, Xie Jie shook his head in distress: “Ah Lan you don’t know, the direct descendant is important in your Houfu, but in our family, the ability is more important.

Although the direct descendent is more distinguished, it is also based on the ability within the same generation.

I am afraid I’ll make a fool of myself [1] when I say this but when it comes to Knowledge, I fear no one in Shengjin city can be on par with Xie Si[2].

A few days ago, the head of the (Xie) family deliberately praised him in front of everyone.

If I don’t use some extraordinary means, (T/N: you mean underhanded) I’m afraid this position of reading companion will not be mine.”

After saying that, Xie Jie tilted his head and downed another cup as if the taste of wine could dispel his sorrows.

So she poured him wine, one cup at a time, and said lightly,” Then what does Ah Jie mean by calling me here”

This matter is also good for you,” Xie Jie hiccupped and said seriously, “Ah Lan, don’t you like him I’ll give you a chance.

You…you have a good relationship[3] with him, I will let the Patriarch know…that’s it.

Hearing this, Wei Lan couldn’t help laughing, and said with a cold look in his eyes: “Are you making me use force against Fourth Young Master Xie”

“Ah Lan, don’t think like that,” Xie Jie advised her:” You could call this a heart-to-heart conversation with Xie Si…… this gongzi [4]) will figure out a way to lure him in uninformed and then, willingly ….

What willingly to go to the Wu Shan [6], isn’t it just tying people up and using drugs to force them This kind of underhanded tactic, Wei Lan has also not seen in a long time.

Although she doesn’t mind schemes, she minds the indiscriminate use of means.

Xie Jie didn’t know that he has stepped on her bottom line and kept telling her how simple the matter was, how much it would benefit her, and how there would never be any problems.

Doesn’t Wei Lan know what’s on Xie Jie’s mind First, if she dared to use force on Xie Zichen, Xie Jie would immediately bring people to the scene and arrest Xie Zichen on the spot.

Then she would have to bite the bullet and admit that both of them were consensual.

Then, who would dare to send people who have such weird fetishes to the palace to be the prince’s study companion What if he accidentally turns the prince into a broken sleeve

Xie Jie brought her to such a remote location, One is to cover up and the other is to demonstrate to her that he already knows her secret.

It doesn’t matter, though, because Wei Lan wanted him to know this, so he followed Xie Jie’s words and said,”

“Ah Jie has thought a lot for me, but I have an idea,”

“Ah Lan you say, as long as you want it, even if I have to go through fire and water,[7] I will do it!” Xie Jie said with great pride.

Wei Lan smiled and turned to look out the window and said,” Since Xie Si is Ah Jie’s opponent, I believe it is better to cut the weeds and eliminate the roots rather than face the opponent.”[8]

Hearing this, Xie Jie suddenly raised his head and looked at the other party in surprise.

It’s not that he didn’t think of ways to cut the weeds and eliminate the roots, but it is impossible for him to do it without leaving any traces.

He and Xie Zichen are in a hostile relationship.

If the other party has an accident, he would be the first one to be doubted.

Now, if he really wants to destroy Xie Zichen, he will have to rely on external forces.

There is no one in his hands who can kill.

Moreover, his father was determined not to let him hurt any of his brothers.

Apart from looking for suitable allies, he really wasn’t able to think of any other way.

Looking at Xie Jie’s surprised and excited expression, she took a sip of her wine and sighed, “If only I can keep Fourth Master Xie by my side forever.”

Listening to Wei Lan’s words, Xie Jie quickly thought about what she meant.

Fearing that he might not understand, Wei Lan continued,” I won’t hide it from Ah Jie, I am not really a Nanfeng [9] person.

Playing with the wine glass in her hand, she said with an obsessed face,” The more beautiful things are, the more I want to get them, and then destroy them.

The first time I saw the Fourth Master Xie, I was filled with thoughts of how good it would be if this man was mine.” 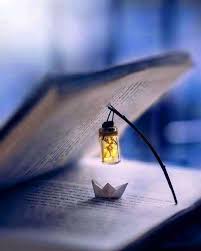 It means one makes fool of himself.

It usually indicates that one has done something inappropriate or has made a stupid mistake.

The poet’s “beloved” is said to be Shuang Wen, the Ying Ying in the legendary “The Legend of Ying Ying” written by the poet.

After the poet abandoned Shuang Wen because she was from a poor family, he “did not look back at the flowers” for eight or nine years (Seventy Rhymes from Dreaming of Spring).

It is also said that the purple poem was written as a tribute to his late wife Wei Cong, who came from a high family, was beautiful and wise, and after her early death at the age of 27, the poet vowed not to marry again (“To Dispel Grief – No.

The two stanzas of the poem use allusions in a very high way.

The first line is taken from “Mencius – The Heart of the World”: “It is difficult for those who observe the sea to be water”; the second line is taken from Song Yu’s “Preface to Gao Tang Fu”: “Jiang is in the sun of Wushan Mountain, the obstacle of the high hill, the morning clouds and the evening rain.

These two verses were quoted by later generations as a metaphor for loyalty to love, stating that it is not I who belongs, and love is not another.

These two verses are also shortened to the idiom of “once upon a time in the sea”, which can also be compared to having experienced great scenes, having an open mind, having seen a lot of things, and not taking into account the more ordinary things.

↑6山 (shan) meaning mountain↑7赴湯蹈火- to experience many difficulties or dangers in order to achieve something↑8斬草除根 (斬草除根) – zhǎn cǎo chú gēn: to eliminate completely↑9Nanfeng (南風): The literal translation of the Chinese expression Nanfeng (南風) is “southern wind” and it is a classic expression that can be found in ancient texts.

This expression was frequently used during the Ming dynasty (1368-1644), and it seems that the origin of the expression lies in the comparison between the southern effeminate men and the much more masculine northern men.

Scan the code to get the link and open it with the browser
Bookshelf synchronization, anytime, anywhere, mobile phone reading
Collection
Page
Source
Comment
Review
Feedback